The store will not work correctly in the case when cookies are disabled.
ToolOrbit Exclusive Offer :   Get an additional 5% or 10% OFF on already reduced prices. Shop Now
×

We are actively taking directions from health, local and other government authorities regarding COVID 19 as safety is our highest priority at Toolorbit.

Because of the lock down caused by the pandemic, many tool manufacturers supply chain deliveries especially (DeWalt) are taking a lot longer to process orders at this time, which is resulting in longer than normal delivery times to our warehouse. .

In regards to the valued business of our customers, we are trying our best to manage these deliveries and shipping out orders for in-stock items daily, but please note that delays are possible due to current and changing conditions.

We hope for everyone’s safety, health and a quick return towards normalcy.

Thanks for your understanding and patience. 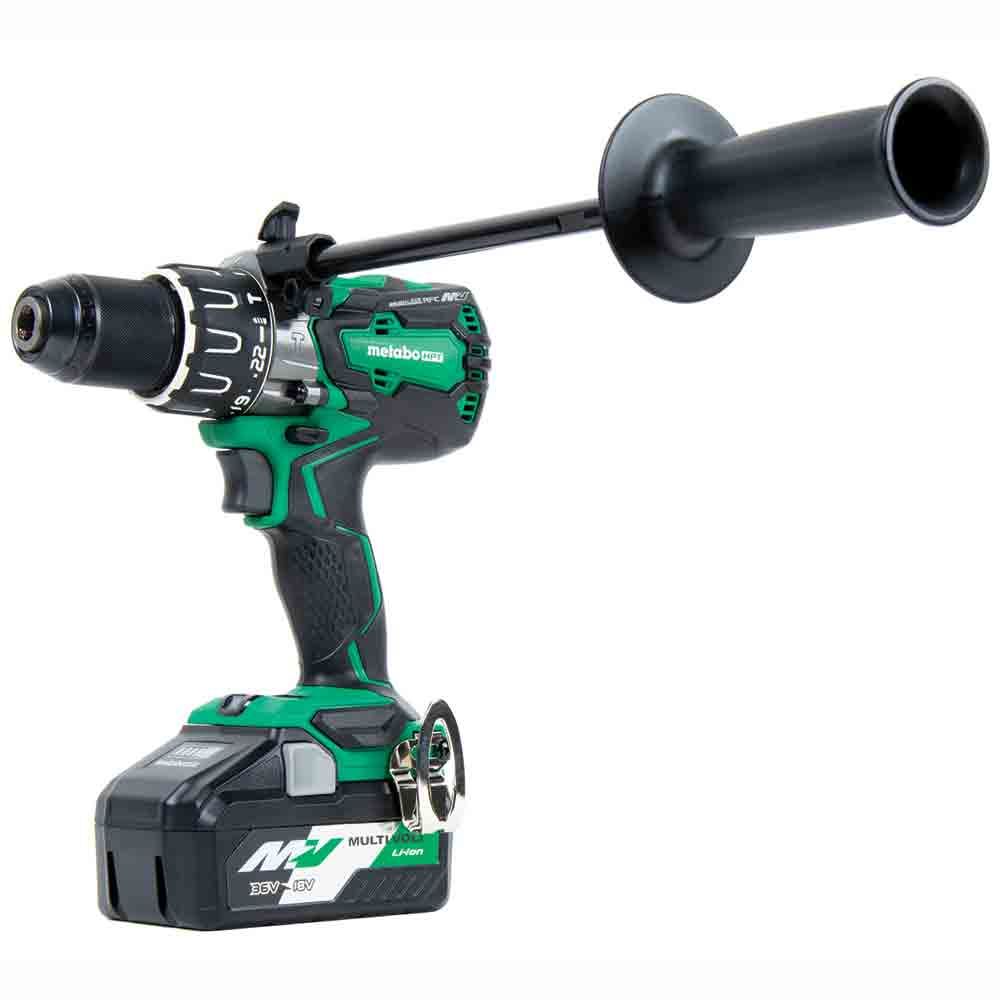 Skip to the beginning of the images gallery

TRY YOUR LUCK FOR AN UPTO 10% SURPLUS DISCOUNT.

This item may qualify for an upto 10% further discount. Check Eligibility

Metabo HPT introduces a revolutionary cordless-corded power tool solution that meets the power output demands on a jobsite. MultiVolt tools can accept a 36V battery OR plug into an outlet with the AC Adapter. This unique platform changes what's possible on the jobsite by offering the power of a corded tool, the freedom of a cordless platform and the choice to operate all MultiVolt tools cordless OR corded.

Metabo HPT Part of the MultiVolt power tool platform that offers the power of a corded tool, the freedom of a cordless platform and the choice to operate all MultiVolt tools with a battery OR plug into an outlet. It's Cordless, It's Corded, It's BOTH.

Experience tells you corded tools have more power than cordless. That may have been true UNTIL NOW. Metabo HPT's MultiVolt platform delivers the power needed to increase productivity and efficiency- regardless if the tools are being operated cordless or corded. When using the MultiVolt AC Adapter, it can be used over long extension cords from a generator with little to no power loss thanks to Metabo HPT's ultra-efficient Brushless motor technology.

You're invested in your tools and no one ever wants to change battery platforms. That's why MultiVolt cordless batteries were designed with your 18V tools in mind. The battery delivers 4.0Ah of runtime at 36V in MultiVolt tools. It can also power Hitachi or Metabo HPT 18V cordless tools including cordless nailers for increased flexibility and multipurpose use. When a MultiVolt battery is used with an 18V tool, it generates an impressive 8.0Ah of run time. Continue using your Hitachi or Metabo HPT 18V tools and experience a longer battery life, thanks to MultiVolt battery innovation.

Metabo HPT's MultiVolt platform gives you the choice to go cordless or plug in - all with the same tool eliminating the need to have a corded tool AND a cordless version available on the jobsite. Choose MultiVolt to get the best of both worlds. Set yourself free and work anywhere without the need for corded power- up on a scaffold, building a fence out in a field, or building off the grid. Freedom is portability on the job. Or, if there's power available, insert the MultiVolt AC Adapter and reserve the MultiVolt battery for when you need portability to suit the application.

Write a Review
Questions
Do you have questions about this product? Ask a Question